Foodntravelling.com – Merhaba! Are you excited to visit a beautiful and historic city, Istanbul? The former name of Istanbul was Constantinople. Dating back to history, Constantinople was ruled by the Roman Empire. This city takes an important thing since the Roman empire era. The location of Istanbul that Stradling by two continents, Asia and Europe. Istanbul also split into two parts by the Bosphorus strait. Located in a strategic place make Istanbul was the main trade center of all Mediterranean regions. From then, Istanbul takes important counterparts of Turkey, for such a main trade center, principal seaport of Turkey, and central government of this state.

Istanbul does not only have a beautiful city landscape but also has an abundance of historical sites that couldn’t resist by any traveler across the globe! At this time, we will be sharing with you the Istanbul tourist attraction, visiting the tallest building in the city, Galata tower. Following the city tour by visiting famous Istanbul tourist attractions, for such Suleymaniye mosque is a must-visit! If you come to Istanbul, make sure not to miss visit these historical buildings!

A brief history of Galata Tower 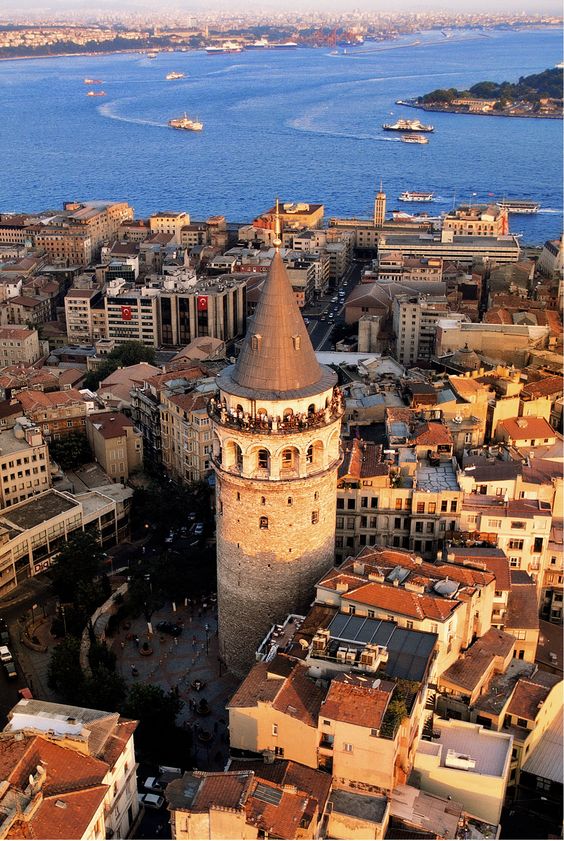 Galata tower or called Galata Kulesi in Turkish is the tallest building in Istanbul. It has approximately 63 meters or 206 feet. This tower was built in the 14 century by the Genoese colony. The purpose of creating this tower was to aim for the defense wall of the surrounding district area. In the Byzantine era was built this tower to control the city was. The tall building makes them able to manage and control the situation all around Istanbul. This tower right located near the Bosphorus strait, it was aiming to control the harbor and trade activity in the city. 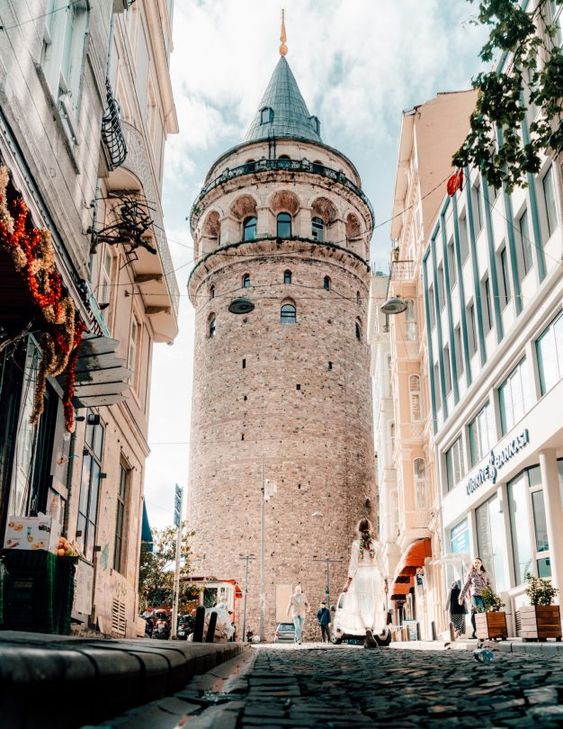 The most iconic tower in Istanbul, the Galata tower located in the northeast of Istanbul, in the district called Galata. What makes this building look special is the ancient Medieval architecture. It is made by the stone and narrowed structure at the top. Just like much other historical building in Istanbul, the Galata tower had a massive renovation after the tremendous earthquakes happened in 1509. But, thankfully, during the Ottoman reign, they are doing a massive renovation to save this precious site able to be seen until now.

Galata Tower showcase as the iconic museum in Istanbul nowadays! 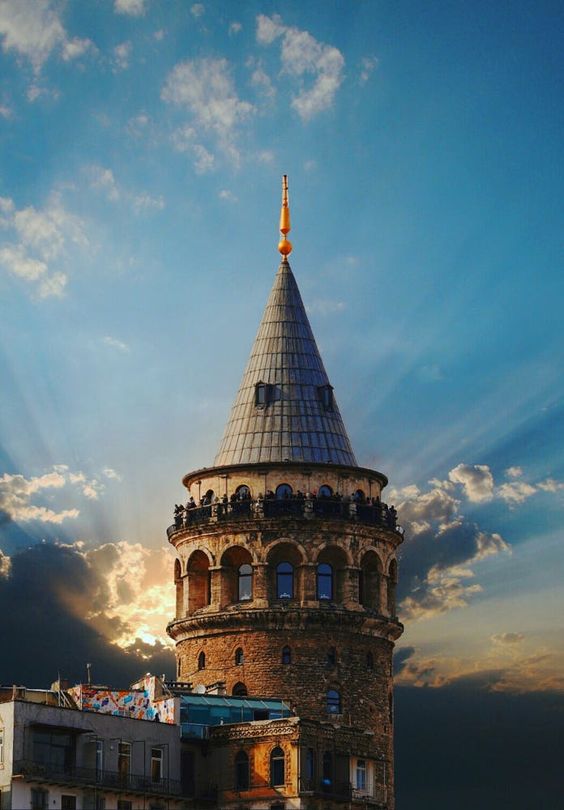 If we want to look at the beautiful old town of Istanbul, we can visit this museum. After Turkey has converted to the Republic of Turkey. There are many historical sites in this city open as the museum! One thing we have to notice before having the plan to visit many museums in Istanbul, they are usually open every week and get closed on weekdays for such Monday. In addition, the museums are also usually closed on the national holiday in Turkey. So, if you want to visit the museums and other historical site in Istanbul, make sure you come at the right time!

There is another tip we want to share with you when you visiting famous tourist attractions in Istanbul. You can have the Istanbul museums pass, it is a card that allows us to access many museums all around Istanbul. It definitely a great deal if we want to visit many historical sites in Istanbul at a great price for sure! Moreover, we can pass the line ticket for entering the museum by using this card! 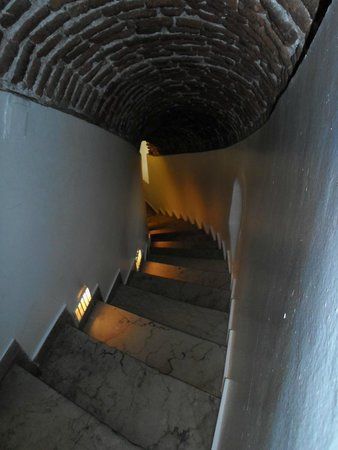 When we pass through these stairs, the tight wall between the walkways, and then the brick ceiling style are constructed very well. It is worth it when we take the staircase because once we reach the top, we are served by a panoramic view of the city landscape of Istanbul!

Panoramic view over the top of Galata Tower 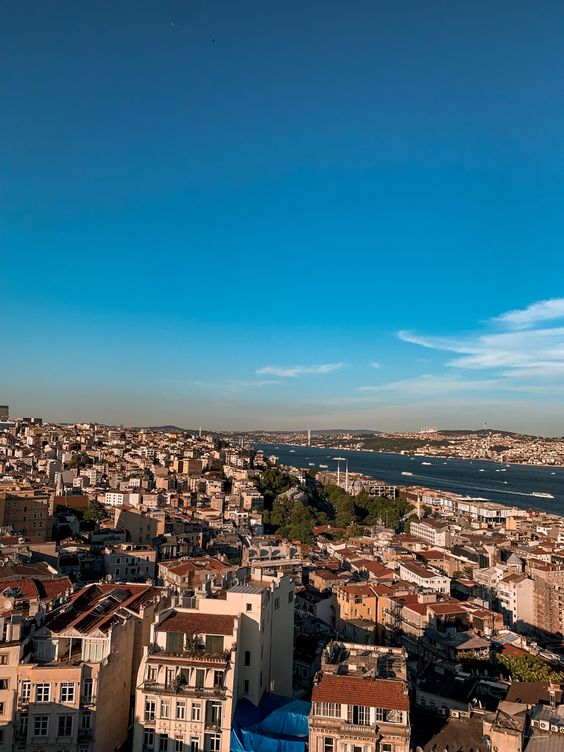 The tallest building in Istanbul has approximately 63 meters tall. We can see the panoramic view of Istanbul around 360 degrees. We can see the beautiful blue ocean of the Bosphorus Strait, and the beautiful old town of Galata district. As far as the eye can see, there are much historical building can be seen over this tower! So, if you are wondering to see the whole beautiful view of Istanbul. It is worth visiting Galata Tower!

After visiting Galata tower, now we are heading on to another outstanding site in Istanbul. The Suleymaniye Mosque. This mosque was built in the Ottoman era, where this mosque caters to a larger area than the Blue Mosque. Many tourists do not pay attention a lot to this mosque and still, the Blue Mosque is the top Istanbul destination to visit. But, now we are guiding you to visit this spectacular mosque that has outstanding architecture and deep history behind it! 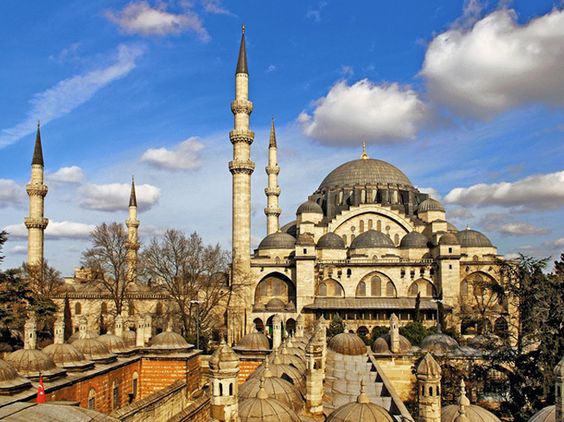 The capital city of Turkey, Istanbul is visited by millions of tourists around the globe because of its rich cultural heritage. There are lots of mesmerizing historical sites all around Istanbul. Including this Ottoman mosque architecture site, the Suleymaniye mosque!

Suleymaniye mosque has 4 minarets and 10 domes 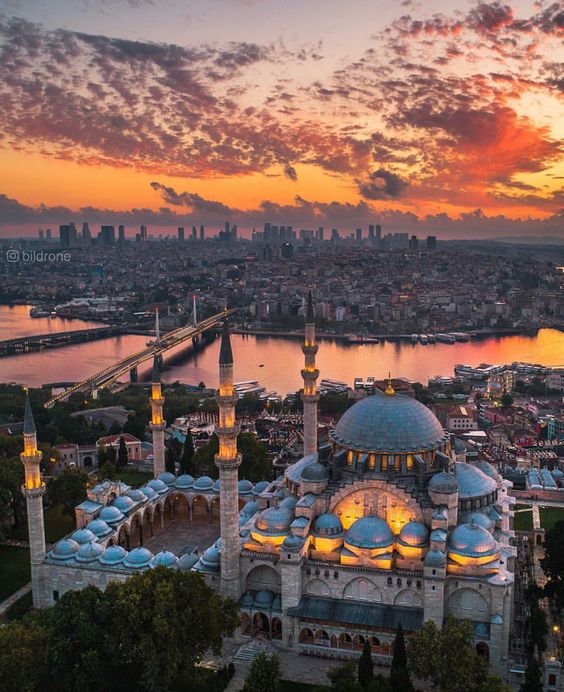 Suleymaniye mosque started made in the 1550 century, it took 7 years to finish all of the construction. It is finally done in 1557 by the order of magnificent Sultan Suleiman. This mosque is dedicated to Sultan Mehmet the conquer because of his achievement reign the Ottoman empire and knock down the Byzantine era of the Roman Empire.

This mosque was designed by Sinan, the great architect of Ottoman. It has four minarets and 10 main domes to support the construction. As we can see, this mosque is similar to the Blue Mosque that has many minarets and domes. The blue color tone construction looks so similar to the Blue Mosque. The brick wall and stone is the main material to contrast the building in Medieval age. So, if you wanna see the medieval-style mosque, you can see this Suleymaniye mosque in Istanbul!

Located in the hill area of Istanbul, this Suleymaniye mosque has a great view of this city. Right across these mosques, we can clearly see the Galata Tower. In addition, the Bosphorus strait view over this mosque is remarkable! Located in the Fatih district, this mosque is close to the Grand Bazaar, one of the oldest and largest markets in Istanbul. So, after visiting this mosque, we can go on the next tour, walking to the Grand Bazaar to shops some antique stuff of Turkey! 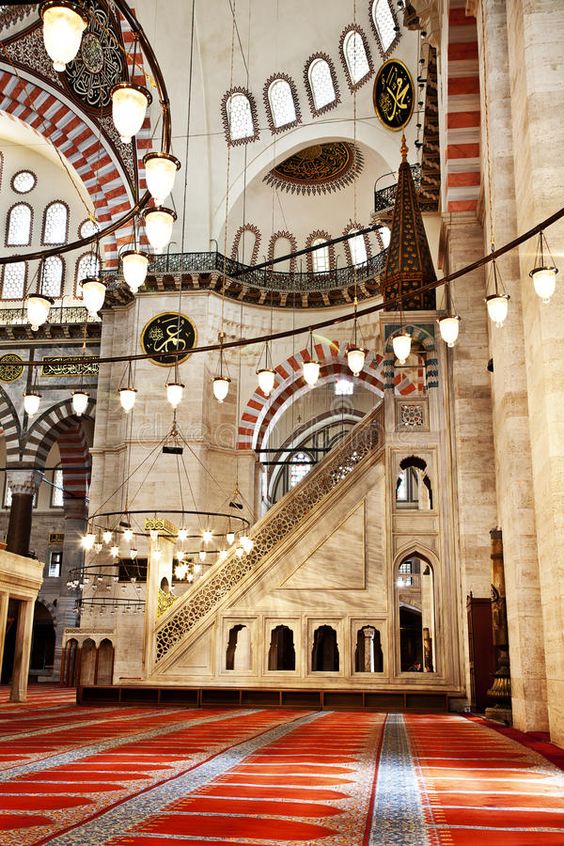 Sinan is one of the greatest Ottoman architecture designs. One of his greatest works is the Suleymaniye mosque that was commissioned by Sultan Suleiman! When we are entering this mosque, we will see the large courtyard area.

Now, we are entering to see the interior design of this mosque. As we can see, there are many domes decorated with arched designs. The wall color tone is quite plain, it is one of the most significant differences from the Blue Mosque that has many Blue tiles inside. There are antique chandeliers and hundreds of stained glass windows. The red rug is spread throughout the entire floor of this pray hall area! There are mosaics and Muslim calligraphy decorated the interior of this mosque!

When we entering the mosque, we will feel the great magnitude of the Medieval and Ottoman influence architecture! It is highly recommended to visit this historical and great Ottoman mosque!

The tomb of Sultan Suleiman and Sinan 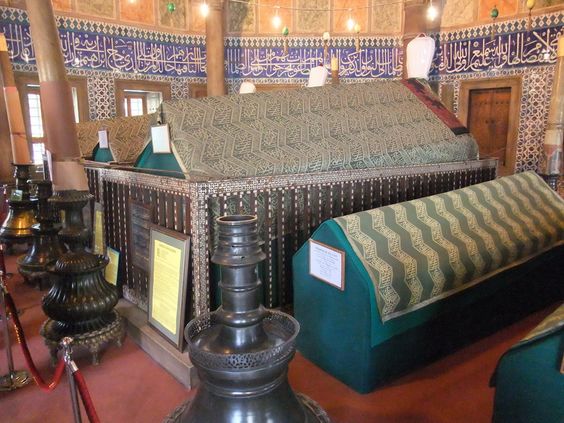 There is a highlight of visiting the Suleimaniye mosque is to visit the Sultan and his family and the great Ottoman architecture, Sinan. After ruled the Ottoman empire, Sunan Suleiman and his wife dies and were buried in this mosque. Including their well-known architect called Sinan. So, we can visit the tomb of the Sultan’s family in this mosque!

This mosque is open to the public and there are a few important activities in this mosque. There is a religious school, and a public kitchen to feed some poor people around this mosque! So, are you ready to visit this hidden gem tourist destination in Istanbul?

Istanbul is a beautiful city that offers tons of mesmerizing historical sites. In this writing, we guide you to visit the most iconic building in Istanbul, the Galata Tower. This medieval Roman architectural site takes a lot of important things to control the city. For such the trade city system and to control the city port over the tall building. The highlight of visiting Galata Tower is that we can see panoramic views of Istanbul in all 360 degrees! We can see the beautiful Bosphorus strait lining up the city and also the old town of Istanbul!

If you are planning to visit a lot of museums and historical places in Istanbul. We recommend you to have the Istanbul pass museum. This card allows access to enter many museums in Istanbul. And it is valid for few days. Moreover, you will get a great price deal of visiting many museums in this city. In addition, having this card will help us to pass the ticket line, which is a simple trick to save your precious time while traveling to Istanbul!

This mosque opens to the public and also rules many important things. For such running the religious school and there is a huge kitchen to give some poor people to eat. The Suleymaniye Mosque is a must-visit historical building in Istanbul.

We hope you enjoy some brief information about the Galata Tower and Suleymaniye Mosque history. Both are awesome, especially if you love visiting historical sites while traveling! And we hope a few tips we have shared with you can help you all out to create an easy and wonderful trip in Istanbul. Istanbul’a hoş geldiniz