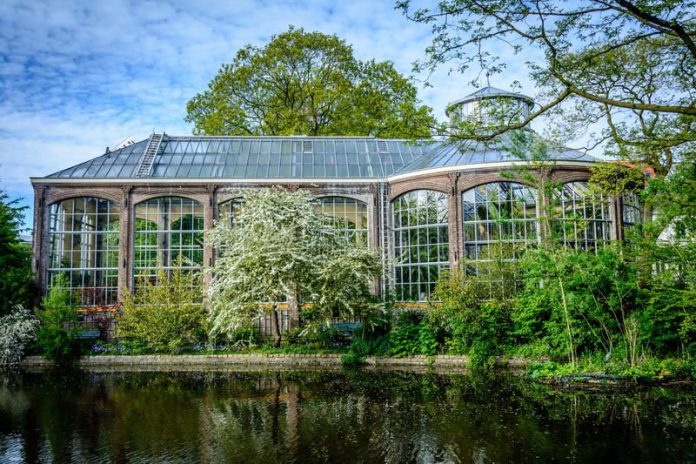 Foodntravelling.com – The majority of seasons in European countries have 4 seasons that have their own characteristics in each season. These seasons have their own charm for those of you who want to take a walk in Europe. Most people who vacation in Europe are confused to determine their destination. If you visit in the spring in Europe, try visiting some of the stunning gardens in the Netherlands. Because parks in European countries have everything you want, the Netherlands is no exception. 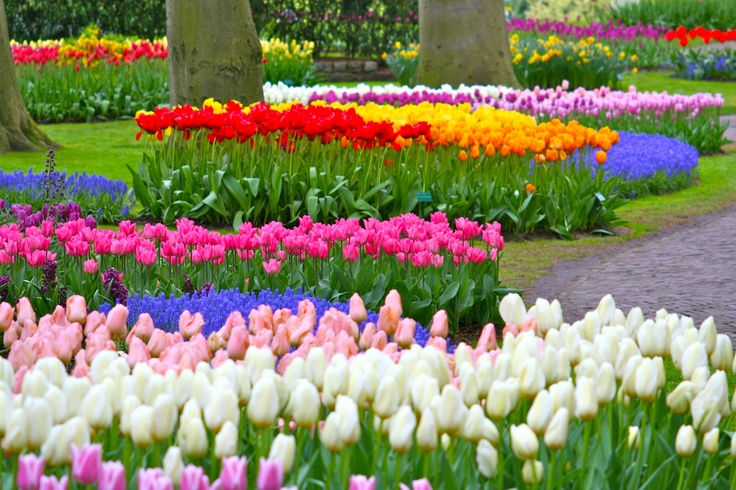 The first stunning gardens in the Netherlands is the Keukenhof Tulip Gardens. The park which reaches 32 hectares has been named the largest park in Europe. This park, which has the beauty of various kinds of tulips, is a shame for you to miss. Because in this vast garden there are 7 million flowers that are ready to bloom every year in spring. The 7 million flowers also have the most complete 800 species in the world. The park, which is located in the city of Lisse, was founded in 1949 with 1.5 million visitors every year.

If you want to visit this Keukenhof, you only need about 40 minutes from the city of Amsterdam. Apart from being a tourist spot, this place also exports tulips to the whole world. In spring there is an annual tulip festival held from March to May. The festival features flower shows, music parades, and a unique tulip flower exhibition. So it’s really a shame if you miss the annual festival from March to May. 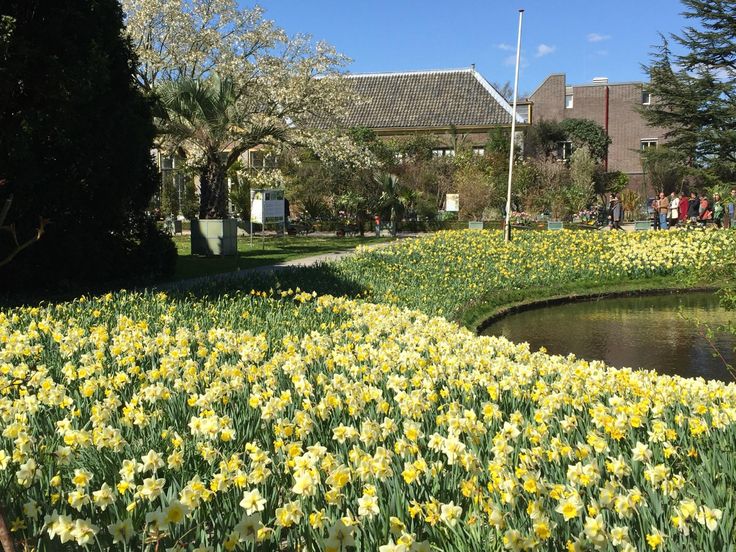 If you are in Leiden, make sure you visit the Hortus Botanicus Garden. This park is the oldest park in the Netherlands which was founded in 1590. At the beginning of its establishment, this park was described as a cultural exchange between Europe and Asia, the Netherlands, and Japan. This can be seen in the Clusius garden which was planted with various kinds of plants from Japan in the year 1600. This Japanese garden was shown to Dr. Philipp Franz von Siebold whose role is to bridge between eastern and western cultures.

What’s more, which is located in the Leiden University section, and has an area of about 3 hectares. If you visit this Hortus Botanicus Garden in winter you can come from 10 am to 4 pm. In winter the park is open Tuesday – Sunday. However, from the summer of April 1 to October 31, you can enter 10 am – 6 pm daily. Most visitors visit this park in the spring to be able to take part in exciting festivals. 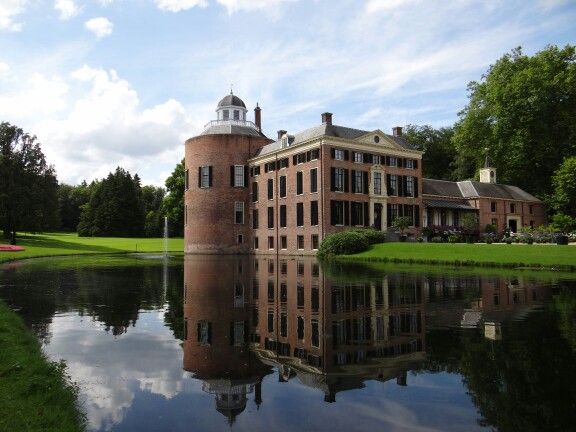 The next stunning gardens in the Netherlands is Rosendale Castle. The next famous garden destination is Rosendale Castle garden. This park is located in the city of Arnhem which existed in 1722. History of the garden Rosendale Castle was built by Lubbert Adolf Torck who married Patronella van Hoorn’s rich daughter. In the 19th century, an architect named Jan David Zocher Jr. changed the appearance of the garden, starting with the merging of small and large ponds. In addition to the converted pool, he also designed the famous Bedriegertjes fountain and other small aesthetic fountains.

If you visit Rosandael, make sure it is in the summer. Because when summer comes, the lilies bloom perfectly. In addition, the blooming of lilies is also a celebration of the festival – an annual festival every July. These include the Agapanthus festival and the Castle Garden market festival. Here you can buy various kinds of flowers, antiques to gardening equipment. You can attend this festival by buying tour tickets online. 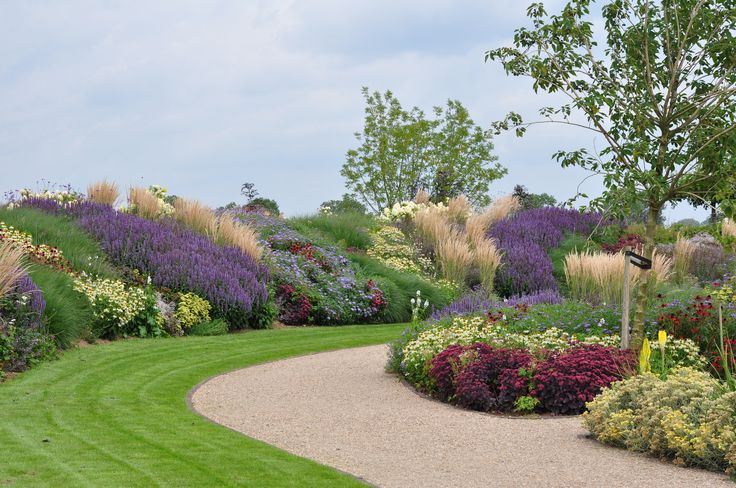 This park was first built by Ben Ooyen around his house. What’s more, the park has been around for more than 35 years since it was first built. The area of ​​this park reaches 55 hectares with a variety of complete garden themes. One of them is the Garden of Life which displays several aspects that describe life. In addition, among other things, aspects of good for small animals, aspects of second life, aspects of taste and smell, aspects of living longer, and aspects of being better for all of us. 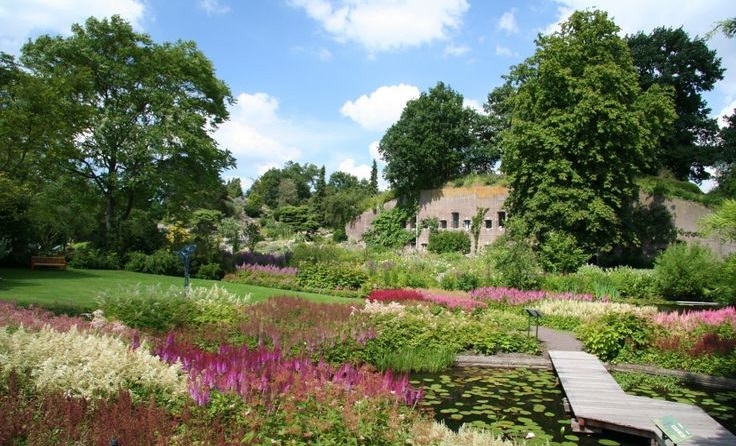 The next stunning gardens in the Netherlands is the Utrecht Botanic Garden. If you visit Utrecht, you must come to the Utrecht Botanic Garden. The location of this park is in the city of Utrecht, precisely in the garden section of the University of Utrecht. The park was founded in 1639 which makes it one of the oldest parks in the Netherlands. At first, the construction of this park was intended for medical students as a place to study medicinal plants. The park which has an area of ​​1 hectare has a collection of flowers reaching 650 species.

Currently, some of the neighborhoods in the Utrecht Botanic Garden are still used for scientific activities, the rest are open to the public for sightseeing. If you visit this park make sure you visit from April 1 to December 31. On that date, a unique festival was held only in the Utrecht Botanic Garden. However, this festival is called the Tropical Butterfly Festival, a festival that showcases millions of beautiful tropical butterflies that will make you not bored quickly. Tour tickets can be ordered online or come in person. 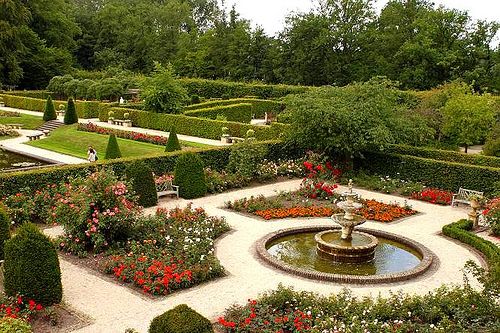 Castle Garden Arcen is located in Venlo City, precisely on the border between Germany and the Netherlands. This park, which covers 32 hectares, has its own uniqueness. The uniqueness of this park is in the 17th-century castle building surrounded by flowers. This garden displays a variety of diverse plants from the plains of Europe. Flowers and plants planted in this park provide a cool and fragrant feel for visitors. Colorful flowers also decorate the garden which has a beautiful fountain in the middle.

If you visit this park you will find the uniqueness of the theme in the gardens. Here there are various kinds of theme parks that will make your vacation more enjoyable this time. Among other things, the Asian garden that showcases the beauty of Thailand’s rice fields. However, the mountain parks feature waterfalls and mountain rocks. Case Verde Mediterranean garden featuring fig, and olive trees. In addition, Rhododendron Park features the park’s monumental castle. You can buy tickets for tours in this park online or in person. 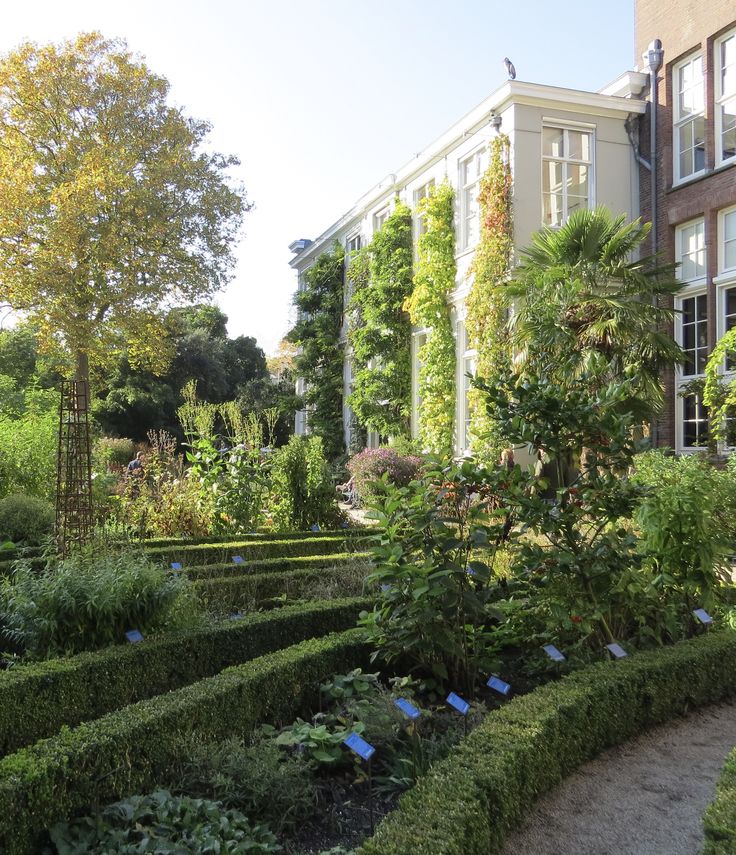 The next stunning gardens in the Netherlands is Hortus Botanicus Amsterdam. If you visit Amsterdam, go to Hortus Botanicus Amsterdam. This park was founded in 1638 and had a different purpose at the beginning of its construction. Initially, this park was used for health purposes. Previously this garden was filled with medicinal plants. This is because in the mid-17th century Leiden and Utrecht were affected by a serious disease outbreak. And finally, for the sake of health, this park was built so that the city of Amsterdam has all the types of medicine it needs.

But by the end of the 17th century, many explorers who returned to Amsterdam were growing a number of unique plants that were outside Europe. Hortus Botanicus has a collection of 6000 species of plants. These include the 300-year-old Eastern Kape cycad and the 2000-year-old Agave cactus. If you have plans to visit here you will find thousands of beautiful plants as well as a tour that is not boring. Suggestions for a tour of this park is to take an evolutionary route featuring shady trees as well as 24 beautiful monuments. 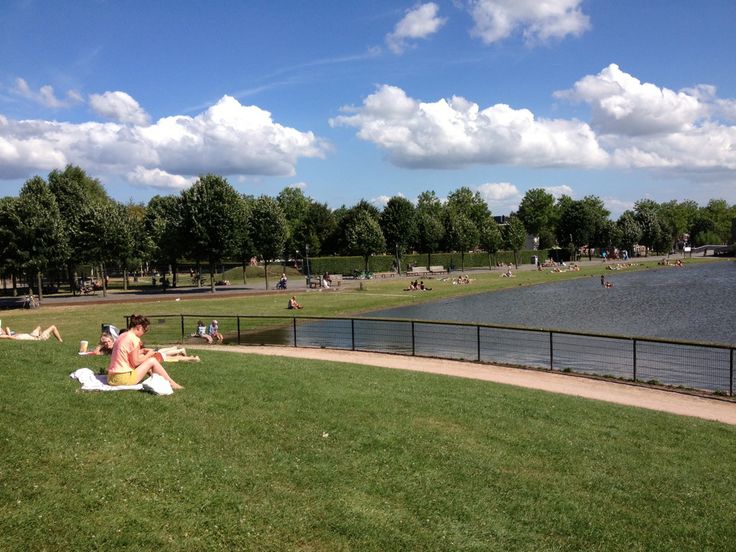 This park, which is equipped with a large pond like a flowing river, is in Utrecht. You can visit this city park as an alternative vacation in the middle of the city. A park equipped with a zoo can also add to your education. In addition, this park is also equipped with a playground, skateboard park, and basketball court. The garden with green grass along the pond can be used as a place for tranquility or reading a book.

In addition, there are yoga classes in this park that you can take. You can get tour tickets online or come in person. The tour here will mention the history of this park which was once a gas factory whose soil was contaminated and today it can become a beautiful park. In the tour, you will also find out some of the park’s attractions as well as a detailed explanation. Like, you will be invited to tour the Tiger Forest and get to know the beekeeping place to the natural core of this park. 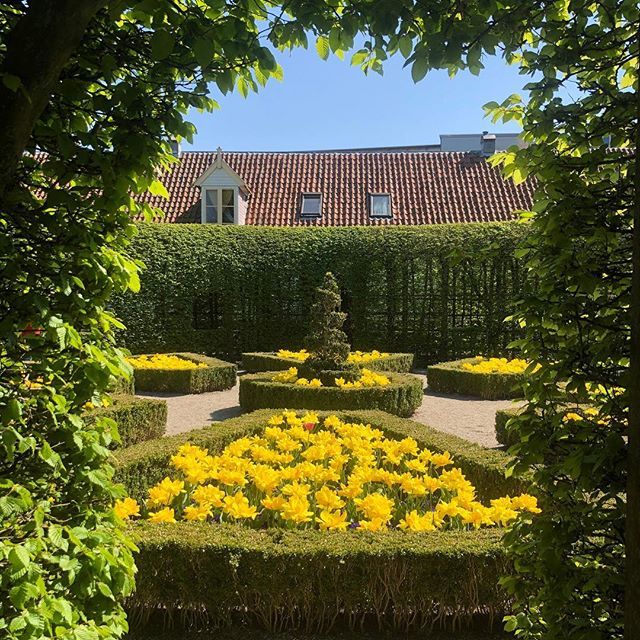 The next stunning gardens in the Netherlands is Prinsentuin Garden. If you are looking for a quiet place in the middle of the bustling city of Groningen, this place is the answer. Prinsentuin garden is behind the Martini tower which is surrounded by high walls. On another side, the walls are covered by lush plants and beautiful flowers. This park has many benches that are ready to spoil your day. You can read a book, and enjoy a cup of tea at the Prinsentuin teahouse.

In addition, The park was first built in the late 16th century. However, from the 18th century until the late 19th century this park stalled and was not used. Finally, in the 20th century, the park was rebuilt in memory of the prince of Nassau who was the first to build this park. So that in the afternoon you can enjoy like being a prince when visiting here. In addition, in the summer there is the Dichters in de Prinsentuin festival. This festival presents Dutch tea and poetry readings by famous Dutch poets. 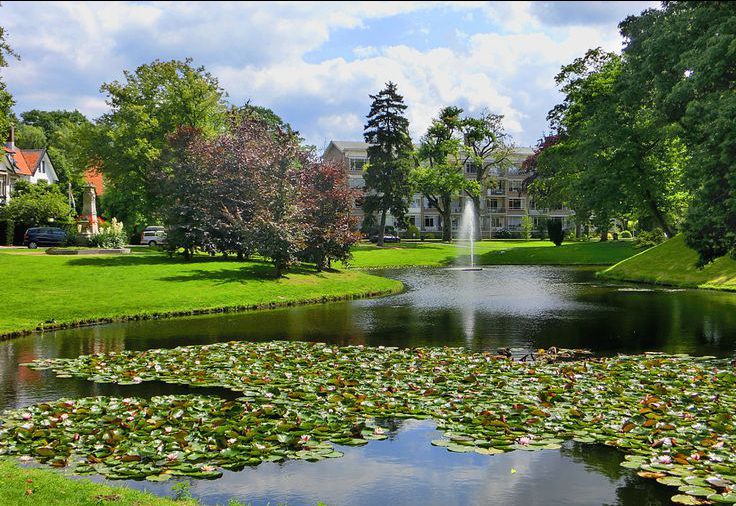 The last stunning gardens in the Netherlands is Wilhelminapark. This park is on the east side of Utrecht City. Utrecht has many parks that will not bore you. Wilhelmina Park was built in 1888 by the city government. This park was one of the city’s greening programs at that time. So this park is made as good as possible to make it one of the best parks in the Netherlands. This garden was built with a design like the English garden by Henri Copijn. The park was officially opened in 1898 in accordance with the inauguration of the young queen Wilhelmina.

If you visit this park you will find shady trees. The walking path is surrounded by green grass and a large pond adds to the serenity of this park. This park is commonly used by young children and families for barbecues in the summer. The southern part of the park is used for sunbathing in the afternoon. However, what are you waiting for, immediately go to this park to feel the calm atmosphere in the city of Utrecht.

Thus our discussion of the 10 Must-See Stunning Gardens for Relaxing Holidays in Netherlands. The Netherlands will never bore you by giving you the beauty of its destinations. Beautiful, cool, and unique gardens are all there. Starting from a garden that has thousands of flowers spanning tens of hectares to a garden full of splashing water. And also, don’t miss the garden that presents the beauty of the historical place and the garden full of splashing water. We hope, you can visit this beautiful country, as well as visit some of the parks listed above. And also, actually, these gardens can provide positive energy to your body accompanied by calm and beautiful scenery. Enjoy your holidays!