Must-Visit Best Stadiums in Netherlands to See the Enchantment Inside 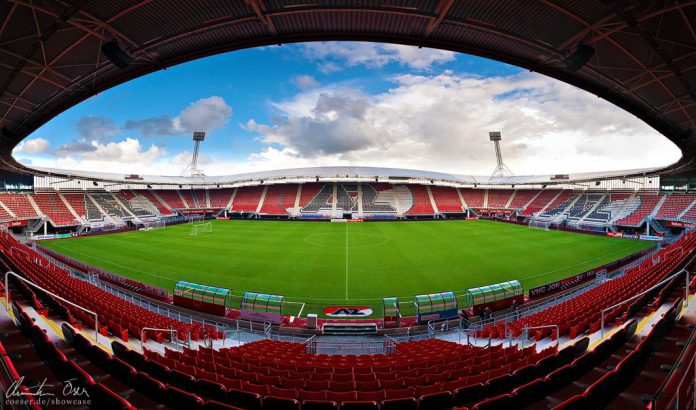 Meanwhile, millions of people around the world are visiting Europe to witness their famous sporting destination. The most famous sport is football. The visit of these few people was to watch their proud team play. In addition, they also visited the stadium used for these matches. Some of these magnificent stadiums are mostly in the Netherlands. Therefore, Netherlands has several magnificent stadiums that you must visit when visiting this country. The following is a discussion of the Must-Visit Best Stadiums in Netherlands to See the Enchantment Inside. Let’s Discuss! 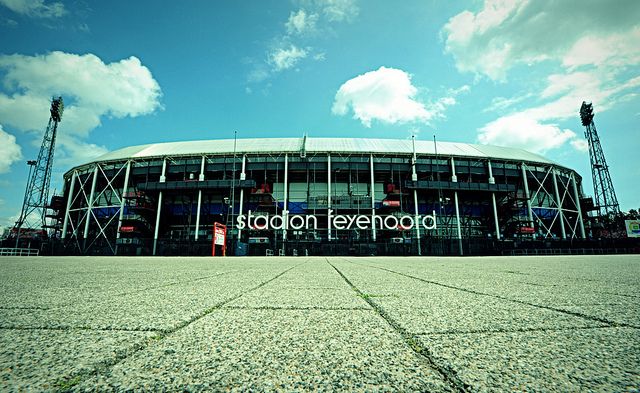 If you visit this stadium then you are required to register online first. After registering online you can enjoy various facilities. The facilities are a tour of the stadium, museum, restaurant, and taking pictures on the bench in the locker room. In addition, you can buy merchandise on the tour. 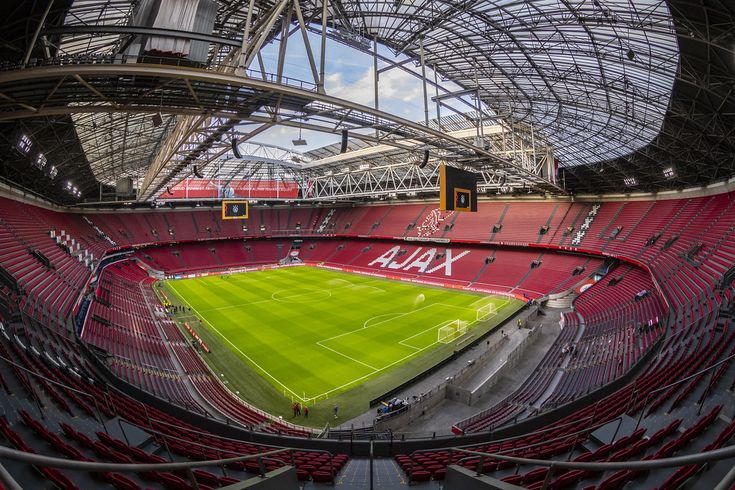 If you visit the city of Amsterdam, then you must visit the Johan Cruyff Arena Stadium. The stadium was formerly known as the Amsterdam arena stadium. In honor of the Dutch football hero named Johan Cruyff. In addition, the stadium was also renamed to its name. The stadium was built in 1994-1996 with a capacity of 54,990 people. Due to its enormous capacity, this stadium has been named the largest stadium in the Netherlands. Johan Cruyff Stadium was once used for world-class matches, such as the European Cup. In addition, this stadium is used by Ajax Amsterdam as the main headquarters in the Eredivisie league.

If you visit Stadium Johan then you are required to register online to buy tour tickets. This tour of the stadium will show you some of the world’s class facilities. Tour at this stadium will start from outside the stadium such as several historical monuments. And museums to the dressing room. And you can buy merchandise from Ajax in the tour. 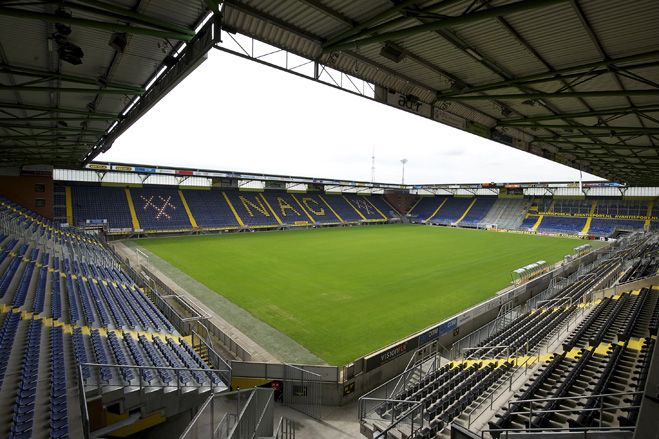 The next best stadiums in Netherlands is the Rat Verlegh Stadium. Rat Verlegh Stadium is the stadium used for the headquarters of NAC Breda. The stadium has a capacity of 19,000 seats. This stadium has its own uniqueness because there is no barrier between spectators and players. If you visit this stadium in winter, then you don’t need to worry, because the seats here are already heated. So, you can watch the match comfortably and with fun.

You can buy tickets for a tour around Verlegh Stadium Rat online. With it also making reservations for matches will be faster. Moreover, if you get there, you will find the fact that the grass used there is made up of 2% artificial grass. You will also be amazed that the architecture is designed like most stadiums in England. After that you will be taken to the locker room to feel the atmosphere of the match. In addition, you will also be directed to several museums about NAC Breda in this stadium. 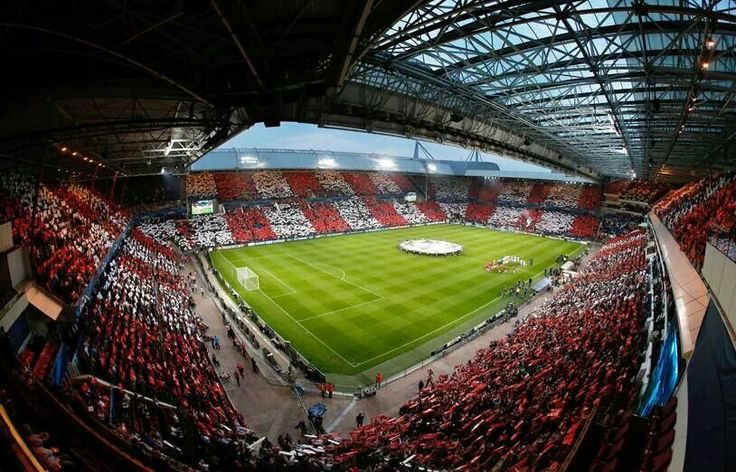 If you want to do a tour, you have to buy it online first. After that, you can take a tour of this historic stadium. This tour, which is limited to 60 – 75 minutes, will amaze you with the history of this PSV Eindhoven stadium. You will be invited to tour the stadium’s vast courtyard. In addition, you also get facts about the history of PSV at the Philips museum. After that, you will be invited to go around enjoying the changing rooms to buying merchandise. 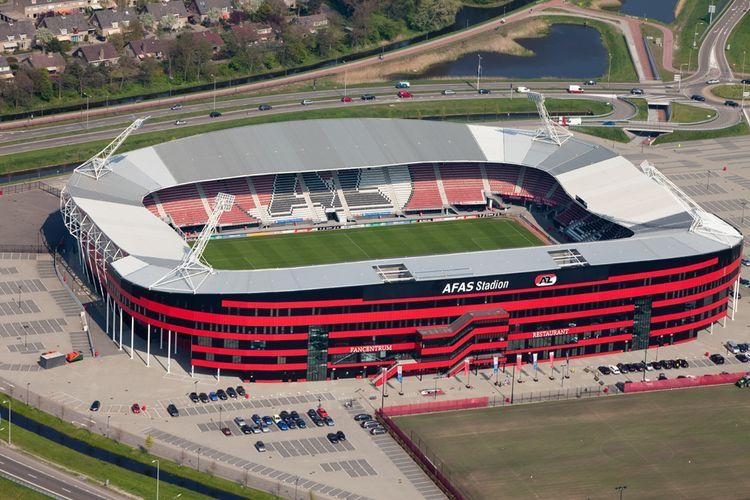 The next best stadiums in Netherlands is AFAS Stadium. If you visit the city of Alkmaar then you must visit the AFAS stadium. The stadium was inaugurated in 2006 as the main headquarters of AZ Alkmaar. The capacity of spectator seats at this stadium is 19,500 seats. This stadium has several times been used as the holding of UEFA championships on the European continent. The stadium is close to several local attractions such as hotels and restaurants, making your trip very convenient.

If you want to take a tour of this stadium, you can buy tickets online. After that, you can enjoy a stadium tour starting from the AZ Alkmaar merchandise store. Then after that proceed by entering the stadium with some of its history. The history of this place is contained in the tunnel walls of the stadium which is like a museum. Then proceed to enter the locker room and finally you can take pictures inside this stadium. This stadium tour is limited to 90 minutes. 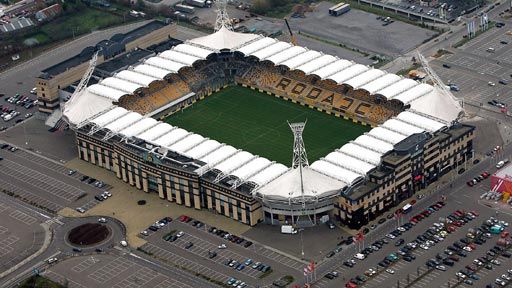 This stadium is the pride stadium of the city of Kerkrade. Team Roda JC is a team that uses this stadium as their main base. The stadium which was inaugurated in 2000 has a capacity of 19,300 spectators. And this stadium is widely used in several world championships such as the UEFA Champions League and the youth world cup by FIFA. In addition, the stadium is close to various tourist attractions. Among other things, there is a four-star Golden Tulip hotel and close to the train station. If you want to do a tour at this stadium, then register online first. After that you will be able to enjoy a side of the stadium that not many others enjoy. Starting from the museum inside, the player’s locker room to buying Roda JC merchandise right at the stadium entrance. 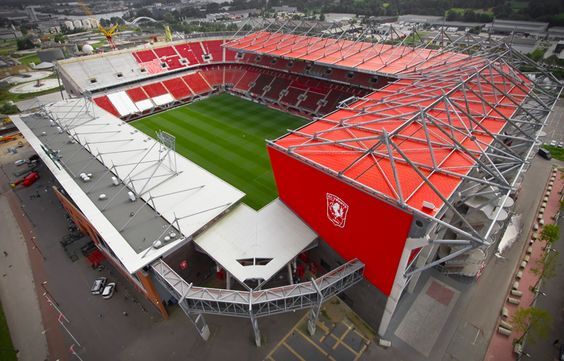 The next best stadiums in Netherlands is Grolsch Veste Stadium. Grolsch Veste Stadium was built from 1997 to 1998. This stadium is used as the main headquarters by the FC Twente team. The stadium with a capacity of 44,000 spectators is one of the largest stadiums in the Netherlands. This stadium has also hosted several world and European championships. The stadium, which is located in the city of Enschede, is very strategic and also has a beautiful view of the surrounding city. You can find several hotels near this stadium.

So, don’t worry about your tourist accommodation. In addition, there is a restaurant that serves a typical Dutch menu that you must try. The stadium organizes tours for tourists interested in the FC Twente team. Tickets to do the tour can be ordered online. The tour will be guided by a friendly guide. And you will be given the experience of being a player to know the history at the FC Twente museum. And for the tour you will enjoy about 90 minutes. 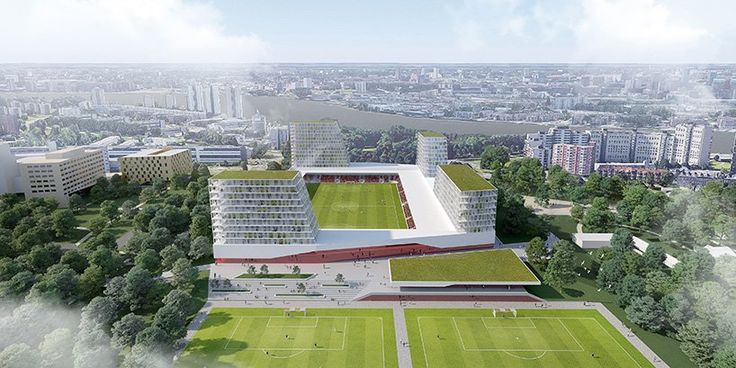 If you travel to Groningen City, you must go to the Hitachi Global Mobility stadium. This stadium is used as the main headquarters of FC Groningen. The stadium which was built in 2006 has a capacity of 33,000 spectators. This stadium gave birth to a famous Dutch footballer named Arjen Robben. The Hitachy Global Mobility stadium is also one of the largest stadiums in the Netherlands. If you want to do a sightseeing tour at this stadium you can buy tour tickets online. Here you will be invited to tour the stadium starting from the press area, player locker room, VIP area, to the player tunnel. The tour will run with activities lasting approximately 90 minutes.

Abe Lenstra Stadium also hosts stadium tours. Tickets for this stadium tour can be purchased online. The tour will guide you an experienced guide. You will be given interesting treats such as feeling the locker room, player tunnel, press room. And to increase your knowledge about football in the Netherlands. However, you will be invited to the Pronkkeamer Heerenveen museum. This tour will last approximately 120 minutes during activities at this venue.

The last best stadiums in Netherlands is Galgenwaard Stadium. And this discussion also ends the list that we provide to you. The stadium, which was officially opened in 1936, has a long history. The history of the Dutch war, this stadium was originally opened near the war forts. This stadium is used as the main headquarters by FC Utrecht. As a team that plays in the Eredivisie League, FC Utrecht has a magnificent stadium. The available seat capacity is 24,500 seats. This stadium is also used by UEFA and FIFA to host European and world championships. Tours are also organized by the FC Utrecht and Stadium teams. Tour tickets you can buy online. If you visit this stadium you will be given the sensation of fanaticism of FC Utrecht supporters in supporting their favorite team.

Thus our discussion of the Must-Visit Best Stadiums in Netherlands to See the Enchantment Inside. Among the stadiums you can find each of its splendor. Of the 10 stadiums, one of them was the largest stadium in the world. The grandeur of the stadium can be judged from three sides. The first is the beauty side, namely the beauty of the layout around the stadium. Starting from a park that is intended for visitors, to a comfortable jogging track. Second, in terms of completeness of facilities, such as gym facilities, jogging tracks to merchandise sales points. Therefore, the three sides of the stadium’s history can be stated as a matter of pride. And we hope that with this list, you are able to visit some of the stadiums above. Happy traveling!